A Fairy Tale Beyond the New Year & Happy New Year

It was Amaterasu, the sun goddess of ancient Japan. Her name meant “shining in heaven, illuminating the sky”. One day, the sun goddess Amaterasu saw her brother Susanowo, the storm god, burning down the world. Although Amaterasu tried every way to calm her down and showed forgiveness as much as she could, Susanowo continued to disrupt her rice fields and treat her institutions with disrespect. In his most recent attack, he punched a hole in the top of the sewing chamber and threw a mottled horse swimming in it. The servants of the goddess, who were busy sewing their supreme garments, were so startled that they all died.

Frightened by the landscape, Amaterasu fell into a celestial cave, then tightly closed the entrance. It was a terrible thing to do; because the temporary disappearance of the sun was like the end of the universe. With his absence, all the plain of the great paradise, and the entire middle country of the reeds, fell into darkness. Evil spirits covered the world; and the sound of countless gods was like flies fusing in the dim moonlight.

Therefore, eight million gods held a divine meeting in the calm riverbed of heaven. They chose one of them to draw up a plan. At the end of his discussions, a mirror, a sword and an altar with garment gifts emerged. A large tree was planted and adorned with jewels; the bonfire was lit; The supreme hymns were read. The eighty-foot-long mirror was attached to the middle branches of the tree. A young goddess named Uzume performed a cheerful, loud dance. Eighty million gods had so much fun that their laughter covered the sky and the great plains of heaven were shaken.

The sun goddess in the cave was surprised to hear the living roar. He wanted to know what was going on. Az When I retreated, I thought that the valley of heaven would be plunged into darkness: how does Uzume radiate joy, and how can all eight million gods laugh? I Then Uzume said: “We are gathered and happy, because there is a god whose glory exceeds you.” When he said so, two of the gods pushed the mirror and showed him respectfully to the sun goddess Amaterasu. He came to the entrance more and more curious and looked at himself in the mirror. A powerful god took Amaterasu’s hand and pulled it out; another stretched a straw rope behind the entrance and said, “You should not step back here!” So the great valley of heaven was enlightened again. Now the sun can be shot for a while every night. Like the refreshing sleep of life; but it is prevented from disappearing completely with the rope stretched behind it …

In this New Year, whatever is causing you to retreat to the cave and limit yourself, your potential is reflected in the bonfires, you mirror all the beauties. You’re the reflection of the god and goddess you shine in the first light of the New Year!

Thanks to the straw rope you stretched behind 2019, you are the sun of your own valley of heaven in the new year; This time in 2020, you will be the hero of a year where you will draw other people out of their stores and cause them to shine…

Let this year be the year of your journey, the hero’s journey… Happy New Year 🙂

* Note: The tale above is an ancient mythological story from Japanese folk culture.

Please write your thoughts, this comment area is for you :) Cancel reply 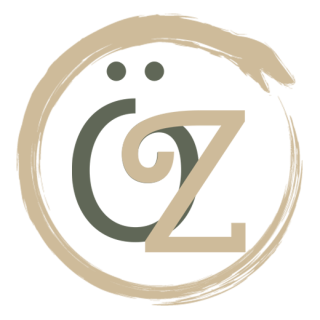